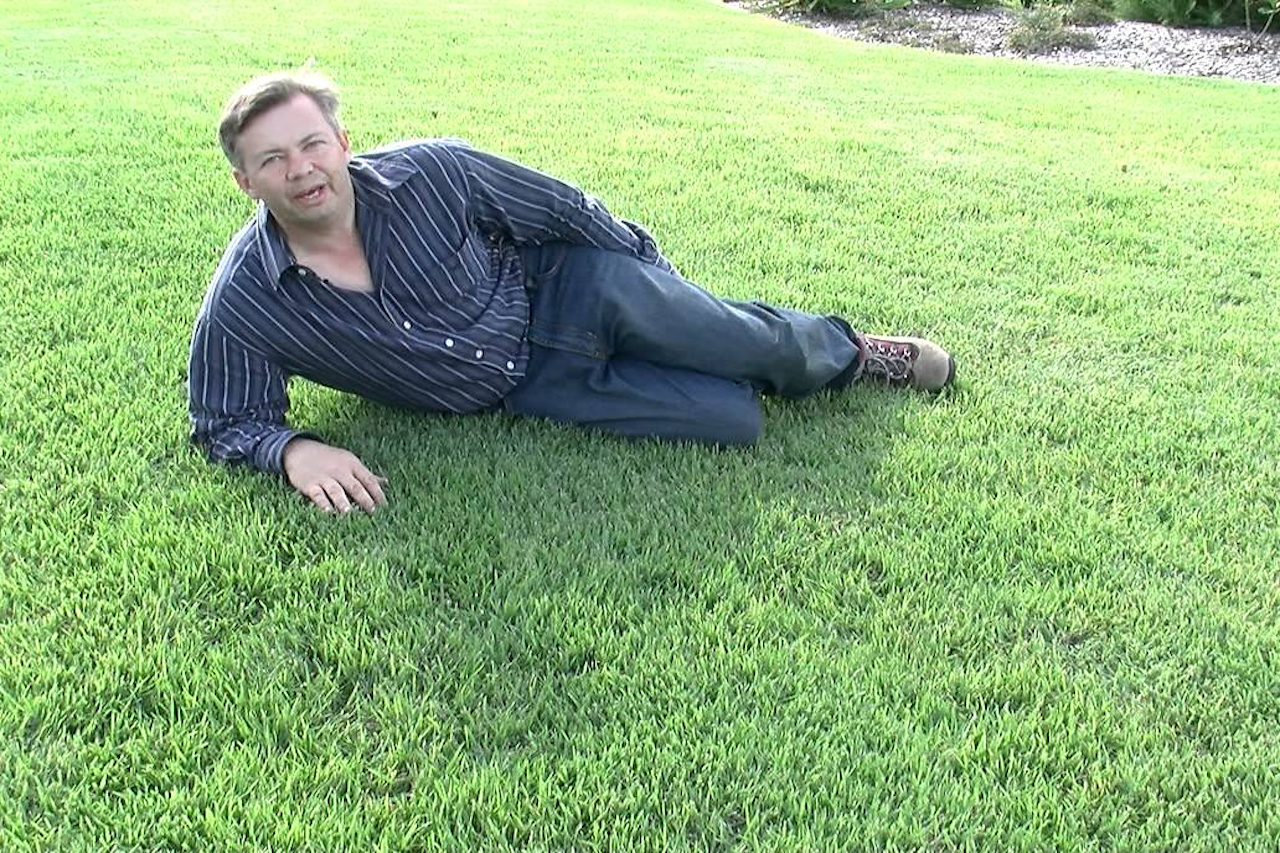 Turf in recent research has proven to be one of the best erosion control products, testing far better than silt fences, coir logs and erosion socks for both erosion and silt containment.

The biggest problem with using turf in flow areas is that until establishment, it can shear away. Traditionally this was solved by using turf combined with netting and pegs, or turf secured with wire pegs.

Both netting and wire pegs can be dangerous hazards to foot traffic, and they are both expensive methods. New E-Staple biodegradable pegs, which have been designed to grip into the ground are proving to be far superior, lower cost and safer.

Now that there are such strong biodegradable staples, it was decided to test which would fail first, the staple or the turf.

It was also decided to test what force is require to pull 6 x 150mm and in another test 6 x 100mm staples from the ground, pegged through Nara™ Native Turf and regular Wintergreen Couch turf.

All rolls were of good quality. A bamboo stake was secured to wire, and a weighing device attached. 10 separate measurements were taken for each test, and the averages calculated.

Each end of the roll of turf was weighed without pegs installed. Then for both Nara™ Native Turf and Wintergreen Couch, 6 pegs were installed, 3 either side of the bamboo bar, with 3 of those being adjacent to the end of the turf roll.

To test the breaking point of Nara™ Native Turf, 12 150mm staples were used, 6 placed either side of the bamboo bar.

After each test the ground was compacted with a spade, and the end of the turf roll was cut off so a new undamaged end was available for testing.

After all testing was complete, the Nara™ Native Turf was installed, and 9 x 150mm staples were places in one roll, and 9 x 100mm staples in the other.

Just below shows the average of 10 tests. Measurements are in Kilograms.

The 100 mm E-Staples took just over 8 kg to shear them from the ground. No staples broke through or tore through the turf. The turf remained intact.

The staples approximately tripled the force it took to lift the turf from the ground; stapled compared to unstapled.

To test what force would be needed to tear the Nara™ Native Turf, 12 x 150mm staples were placed around the Bamboo bar on the Nara™.

It took on average 37.8 kg to tear the Nara™ native turf. Many of the staples still pulled out, and the Bamboo bar often broke.

Discussion Until recently pegs or staples usually pulled out before the turf broke. Now with the invention of the E-Staple, most types of turf will tear or fail before the staple is sheared from the ground.

However, Nara™ Native Turf has a far denser array of stolons and Rhizomes, making it a far stronger turf sod. The implications of this are; that with the 150mm E-staples, newly installed Nara™ native turf can withstand far higher velocity water flows than Couch turf before failing.

This also has implications for slopes and batters, providing a far stronger initial erosion control capability.

What are the best erosion control plants and turf types? Quantifying the strengthening of soil…