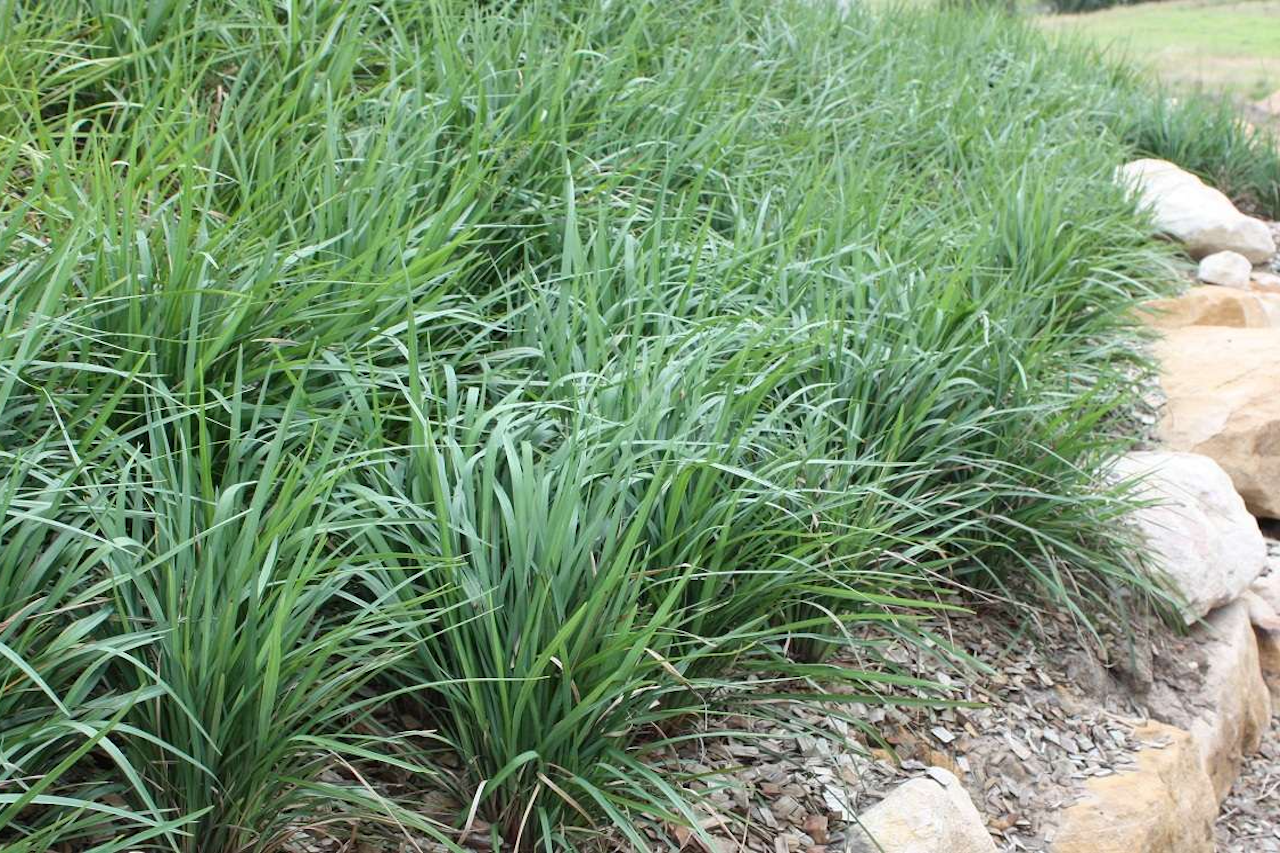 What are the best erosion control plants and turf types?

Quantifying the strengthening of soil by commonly used plants and turf.

By Todd Layt and Ian Paananen

Best soil strengthening plants, based on this investigation. All plants in this list are good at strengthening the soil, with the best ones at the bottom of the table:

* Based on separate, more recent test.

*Based on a number of later calculations and shear tests and compared to Empire, then extrapolated into the previous format.

Plant roots and rhizomes are known to help strengthen soil, and aid in erosion control. However, until recently very little research has been conducted with regard to which plants strengthen the soil better than others, and the research conducted only focused on a very small sample of plants.

The purposes of this investigation, is to test the influence 31 different commonly used landscape plants, and three commonly used erosion control turf varieties have on soil shear strength.

Ten large sample pots of each variety were grown and tested with a Shear Vane tester, as were samples grown in two different gardens, and replicated turf plots. 29 shear vane tests were taken for each variety from the pots.

The results showed all plants strengthened the soil compared to the control samples of unvegetated potting mix and soil. Increases in soil shear strength were analysed using an ANOVA test.

Any variety that showed a 95% or more increase in shear strength was found to be significantly different to the unvegetated samples.

King Alfred, an improved variety of Dianella caerulea was found to have more than doubled the soil strengthening ability, compared to all other plants, other than Nafray, which was still well below King Alfred.

King Alfred strengthened the soil 752%, and in this test had an undrained shear strength of 70 kPa, compared to unvegetated soil of 9 kPa. Many other varieties however, still strengthen the soil greatly.

Katrinus Deluxe, a Lomandra longifolia, strengthened the soil by 366%. Some plants that are widely used in the USA and Australia, such as Liriope Evergreen Giant had much lower readings, only strengthening the soil a statistically significant 100%.

Varieties improved through breeding all strengthen the soil considerably more than their corresponding common varieties, providing evidence that plant breeding can lead to plants better suited to strengthening soil.

It will also provide a basis for future plant breeders to develop plants and turf that better strengthen the soil.

Turf is a Positive Sequester of Carbon

Turf Takes In More Than 4 Times The Carbon Emission Of A Lawnmower! Its official!…