Rain gardens and commercial bio-retention swales have been the domain of native marginal wetland plants that live on the edge of the water, but unfortunately they look brown and untidy for half the year. New research has increased the plant range for both rain gardens, and large scale bio-retention swales. The focus is now on evergreen ornamental and low maintenance plants.

Unfortunately, Juncus and Carex are often dormant and brown for half the year and need cutting back annually to look good. They also do not remove nutrients and heavy metals when dormant. Over the past 10 years Ozbreed, in Richmond NSW, has been researching rain garden plants and the preliminary results from latest trial show some interesting results.

As part of the trial, many plants were grown in tubs of water for more than 18 months. Plants that coped better with wet feet were then identified and the clear winners planted in drainage swales. The swales, used to run excess irrigation, were wetter than a typical rain garden, which is usually waterlogged for some time after rain and dry in between. The plants in the final selection were all drought tolerant as well. 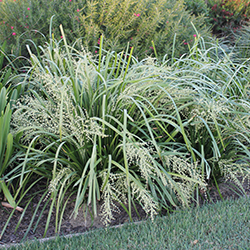 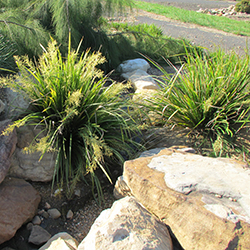 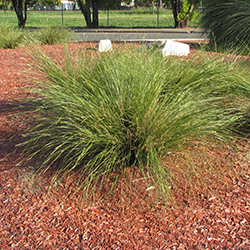 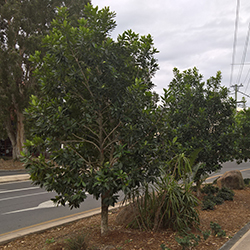 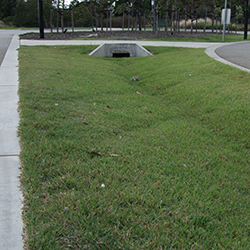 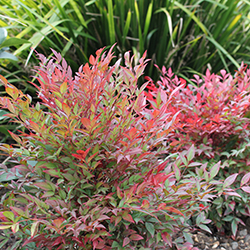 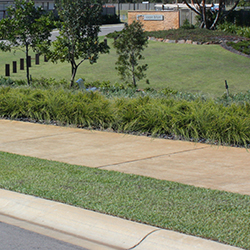 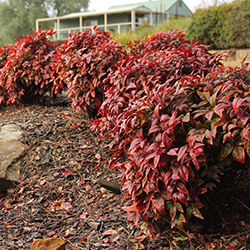 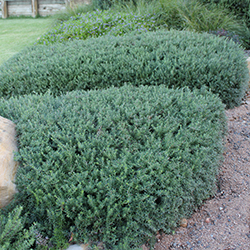 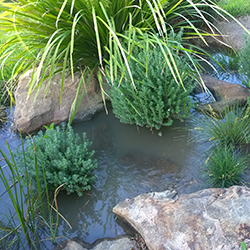 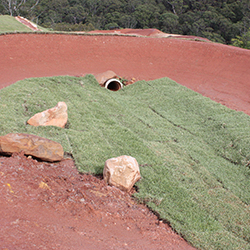 As part of the trial one section of the swale, because it was more depressed than the rest, had water constantly sitting above or near the crown of the plant, like a permanent wetland. Not surprisingly no plants performed well in this area – the domain of true emergent wetland plants such as Baumea. Plants were also trialled in a section with a mostly wet, but not waterlogged surface. It was basically muddy ground, where the crown of the plant was not inundated by water. Another section was often wet, but from time to time the surface did dry out.

The star plants in the mostly wet surface were the wet feet tolerant lomandra types. New breeding has developed many Lomandras of different sizes that cope with the very wet and very dry. Katie Belles™ Lomandra hystrix ‘LHBYF’ PBR and Tropic Cascade™ Lomandra hystrix ‘LHWP’ PBR stayed evergreen and tidy, as did Shara™ Lomandra fluviatilis ‘ABU7’ PBR and Evergreen Baby™ Lomandra labill. ‘LM600’ PBR.  Lomandra confertifolia and longifolia types did poorly in the trial. In these wet conditions root rot kills all but highly resistant types.  This is also a lesson for plants installed where water runs of paths and roads, or any depressed situation. Wet feet tolerant Lomandra have been subject to many studies, showing their strong ability to remove nutrients and heavy metals. Other plants that did well in the rain garden trial included trees, shrubs, ground covers and turf, some plants with red foliage and many with showy flowers. All are non-invasive.

The driving force behind this research was to provide Landscape professionals with a wider range of ornamental plants that perform well in depressed landscapes such as rain gardens and swales. Obsession™ Nandina domestica ‘SEIKA’ PBR and Blush™ Nandina domestica ‘AKA’ PBR looked particularly beautiful, and robust, as did the best performing tree Luscious® Tristaniopsis laurina  ‘DOW10’ PBR. Westringia would normally not be considered as a rain garden plant, but Grey Box™ Westringia fruticosa ‘WES04’ PBR and Mundi™ Westringia fruticosa ‘WES05’ PBR are both wet feet tolerant, which showed in the trial, making them completely different to most Westringia.

New research has found that another fantastic option for drainage swales in Yalba™Imperata cylindrica. One of the advantages of using the Yalba™ plant is that along with its ability to spread quickly it also has excellent erosion control capabilities, and locks up more carbon in soil than most grasses.

One aspect that this research has highlighted is that there are many more wet feet tolerant plants that work great in rain gardens in Australia than previously thought. Another aspect that the trial highlighted was the need for temporary erosion control. Ruts occurred in the planting with heavy storm events. Interestingly where turf was placed no erosion occurred, or where planting was heavier, less erosion occurred. One solution often used to prevent erosion is the use of biodegradable erosion mats such as jute. Although open mesh jutes that easily allow water to penetrate and perform well, and grow healthy plants; most still use close weave heavy jute mesh that become hydrophobic on slopes, but become even more hydrophobic in the constantly wet and dry environment of a rain garden. So use open jute mesh not jute mats.

Turf however is the clear winner when it comes to erosion control, as demonstrated by recent research at Redlands in Queensland. In this rain garden trial, Nara™ Zoysia macrantha ‘MAC03’ PBR was used due to its low maintenance, and its ability to handle wet feet. Where the Nara™ native turf was installed, no erosion occurred, and silt removal was best handled by the turf in this trial. Another simple way to handle erosion in large bio-retention swales is to lay a strip of turf every 2 to 3 metres, across the swale. Another reason for using Nara™ Zoysia, is that other research has shown how strong the root and rhizome system is. In that study, couch turf was easily ripped from its secure anchoring with bio-degradable pins, whilst these arrow head shaped pins failed before the Nara™ turf did. Basically this means it is like having naturally occurring netting in the turf, and this combined with BioPins from All Stake Supply makes this, the best natural erosion control system. Being native allows it to be used in most circumstances, and it less aggressive growth across the ground, allows plant to thrive in-between. If you cannot find Nara™ Zoysia, then the exotic Empire™ Zoysia japonica ‘SS500’ PBR or Platinum Star Zoysia will provide a similar result. 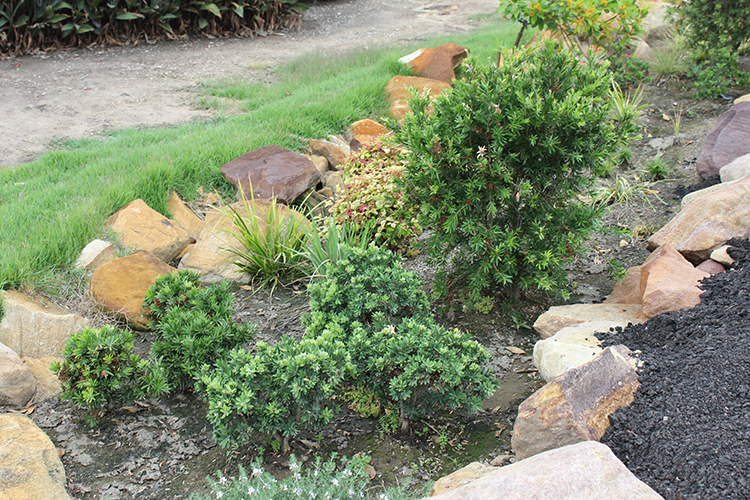 Now that you have great looking plants to use, consider installing a rain garden in your next Landscape. Simply run the stormwater from the house, including down pipes into a rain garden. It will help remove nutrients and heavy metals from the water, saving our water ways from this polluting runoff. In many areas it also helps recharge local groundwater, provides habitat for birds and butterflies, and often increases good insects that eliminate pests.