Ozbreed is famous for developing Australian native plants for use in Australia, New Zealand, Europe, Japan, South Africa and the USA.

One of its specialties is breeding and releasing more compact native plants. Tanika® Lomandra longifolia ‘LM300’ PBR, a native Lomandra, led the way.

It is more compact and has a finer leaf than the normal Lomandra longifolia types. Native plants in the past were thought of as untidy, and often open in habit.

Breeding of exotics over the centuries has fixed these issues, now with companies like Ozbreed, native plants have gone through a lot of breeding making them tidier. 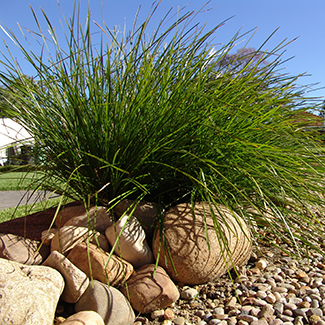 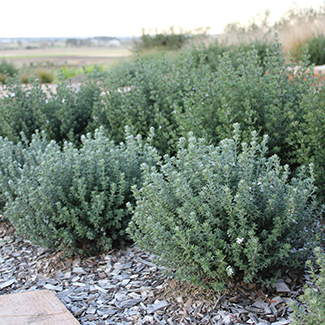 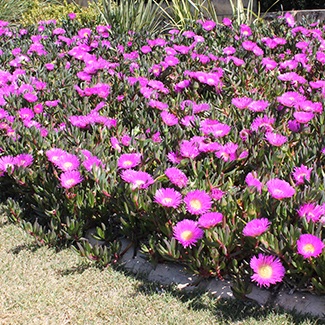 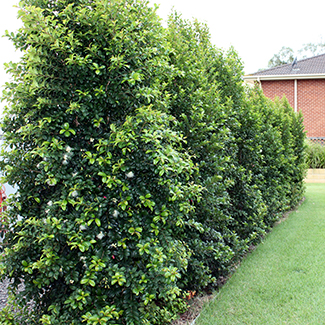 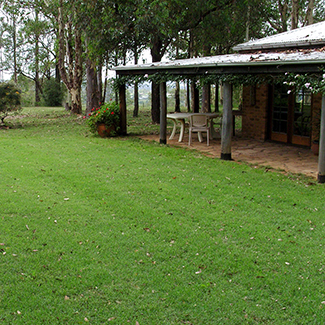 One of the qualities that makes Grey Box™ Westringia stand above the common Westringia is its incredible robustness, tolerating drought, frost and humidity.

But there is one particularly unique characteristic that sets this Westringia apart from the rest, and that is its ability to tolerate periodic wet feet, an occurence that would generally be damaging to other Westringia.

Unlike the common form, Grey Box™ Westriniga has an extremely compact form, and if left unpruned has a nuturally tidy ball shape.

The Grey Box™ plant was recognised for its exceptional qualities at this year’s Nursery & Garden Industry Australia Awards, being named Plant of the Year 2015.

Click Here to read more about Grey Box™ Westringia being crowned Plant of the Year 2015.

If you are wanting an iconic Australian native plant but have limited space or a narrow planting area, then Slim™ Callistemon is the answer.

It has a unique narrow growth habit, unlike common Callistemon viminalis that grow to approximately 2-5 metres wide, the Slim™ plant only grows to a width of approximately 1.3 metres, and can be pruned down to a minimum width of just 60cm.

If left to grow naturally, Slim™ Callistemon requires very minimal pruning to remain narrow but pruning two times per year will make the Slim™ plant even tighter and more vibrant.

There are not a lot of plants that can cope with growing next to a tin shed or fence that gets radiated heat from the sun, but this is one of them.

It is also frost tolerant, being tested down to minus 6 degrees Celsius with no leaf burn, and is highly Myrtle Rust Resistant.

Carpobrotus or Pigface as it is commonly called is a regular sight around Australian coastal areas.

Aussie Rambler™ Carpobrotus snuffs out weeds, lives in heavy clay soils, has survived in Canberra, where the common form generally dies in winter, and has tolerated all of this whilst still retaining huge flowers and a low growth height of just 20cm after 7 years without pruning.

Little Jess™ Dianella caerulea ‘DCMP01’ PBR is a best-selling Dianella with almost a decade of proven performance. It is a dwarf form of Dianella with a clumping growth habit.

There are not many Lomandra that can handle areas of high humidity but Shara™ Lomandra is one of them. It is very Phytophthora resistant making it suitable for use in more humid climates and also for tolerating heavier soils.

It is a drought and cold tolerant plant, and can tolerate periods of periodic wet feet, but not permanent, this makes it ideal for both wet and dry areas.

Pinnacle™ Syzygium australe ‘AATS’ PBR is the only true narrow growing, compact and dense Australian native Lilly Pilly and is the perfect choice for a hedge or screen in those tight planting areas.

Other varieties are claimed to be narrow growing, however when these varieties are left unpruned they will still have significantly wider growth and cannot be kept as narrow as Pinnacle™ Syzygium.

It will only grow to approximately 1-1.5 metres wide without pruning and can be pruned down to a minimum width of about 80cm, more regular pruning will produce tighter, denser foliage.

Pinnacle™ Syzygium is a distinctive native plant that will deliver a formal look for any garden or landscape.

Its larger leaf size differentiates it from the common form, and makes the Luscious® plant an excellent native alternative to Magnolia.

It has beautiful striking port coloured bark that peels back to reveal a mottled cream stem. Luscious® Tristaniopsis also has a faster growth rate than the common form, and is highly Myrtle Rust Resistant.

Nara™ Zoysia macrantha ‘MAC03’ PBR is an all-purpose Australian native turf that can handle many conditions.

It is the only general purpose native turf and is the perfect complement for your native garden or landscape.

It is drought tolerant and needs less water, has a beautiful fine texture, and because it is generally a coastal grass it is naturally very salt tolerant, but has also been proven to work well many hundreds of kilometres inland. Nara™ native turf rarely gets disease and copes well with humid and dry climates, and it is far more resistant to black beetle, army worm and web worm the Couch, Kikuyu and Buffalo.

With so many improvements being made to Australian natives to suit landscapers and homeowners alike, why wouldn’t you choose native plants or turf that will not only look amazing in your garden or landscape but are also well adapted to the harsh Australian climate.