Everybody who enjoys the spring blooming of Azaleas can now delight in an explosion of colour season after season with the Encore Azalea range. They have established a reputation in the plant industry like no other Azalea and are the world’s best-selling re-blooming Azalea.

Encore Azaleas bloom cycle generally begins in spring as with other Azalea varieties, but as other Azaleas start losing their flowers for the year, Encore Azaleas are busy setting new buds for a second bloom and then often again for a third time. These amazing Azaleas produce beautiful vibrant flowers for on average 3 seasons a year (spring, summer and autumn) and also boast evergreen foliage, so even in winter these Azaleas won’t look barren.

Another feature that makes Encore Azaleas the most popular Azaleas in the world is the large array of colours they come in; from the most impressive deep red/orange through to breath-taking fuchsia and purple, there are even varieties that have striped and/or flecked flowers.

But it is not just the fact that Encore Azaleas have more flowers more often that makes them the best Azaleas for Australia, they are also more heat, drought and frost tolerant, which are important qualities for plants in Australia. There are also 2 varieties that are lace bug resistant.

Encore Azaleas are ideal for specimen planting, mass planting, as a border plant, as a feature plant and remarkably can even be used as a hedging plant. 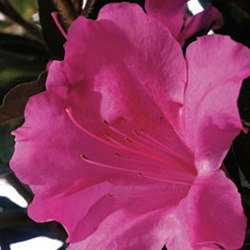 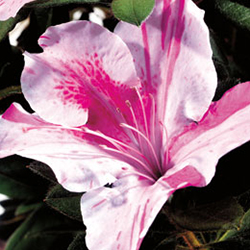 Autumn Royalty™ and Autumn Twist™ are the 2 varieties that are both lace bug resistant. Both are super heat tolerant, heavy frost tolerant and once established for a year are remarkably drought tolerant. These are two of very few Azaleas that are suitable for commercial landscape planting. Autumn Royalty™ has masses of gorgeous fuchsia blooms in spring, summer and autumn that are up to 80mm in diameter. Autumn Twist™ has spectacular light pink flowers with fuchsia stripes and flecks that bloom in spring, summer and autumn. Either of these Azaleas would make a stunning feature in any garden. 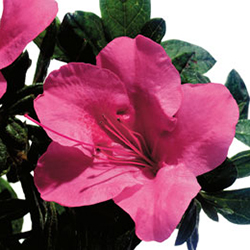 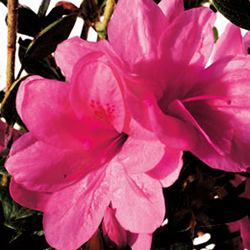 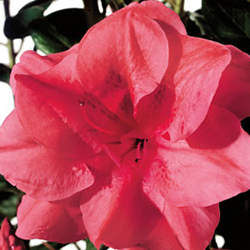 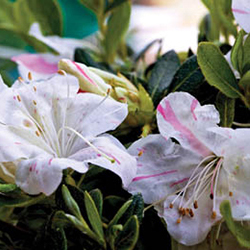 Autumn Princess™ has incredible semi-double pink flowers but what makes it distinct is its foliage, which turns burgundy during winter. It is a heat tolerant repeat bloomer and has its heaviest bloom in summer. Autumn Starlite™ is a repeat bloomer that has unique white flowers with vibrant fuchsia flecks and on occasion fuchsia stripes. It is heat tolerant and has its heaviest bloom in summer. 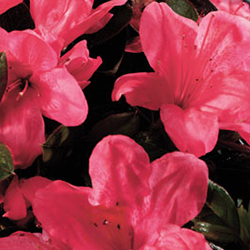 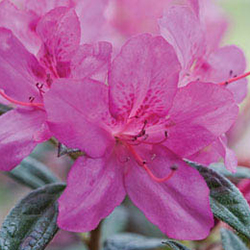 Autumn Cheer™ and Autumn Amethyst™ both have their heaviest flowering during autumn and spring. Autumn Cheer™ is heat tolerant, compact, low growing dwarf azalea with single rose pink blooms that are up to 40mm in diameter. Autumn Amethyst™ has impressive purple flowers that are up to 50mm in diameter. It has a dense spreading habit and shiny green foliage that colours purple in winter. 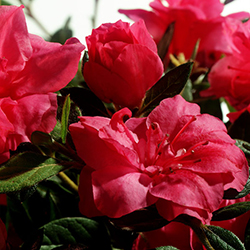 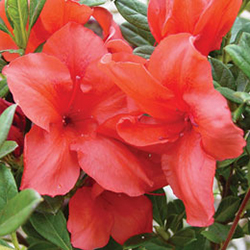 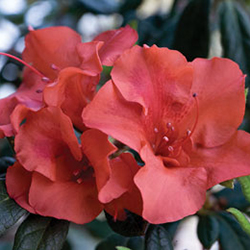 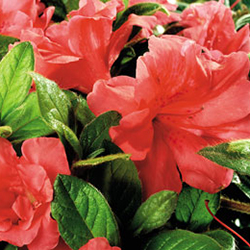 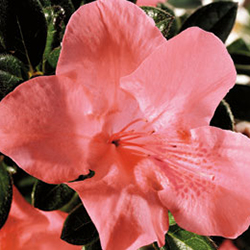 Autumn Coral™ has as the name suggests, stunning coral coloured blooms that are up to 60mm in diameter. It is a repeat bloomer that peaks in autumn and spring and is also heat tolerant.

Encore Azaleas make a multi-season flowering landscape a reality, with varieties ranging in colour, size and seasonal bloom time, why settle for an Azalea that only flowers in spring when you can have a variety of azaleas that flower for much of the year.

Why not let Encore Azaleas be the star of your garden!