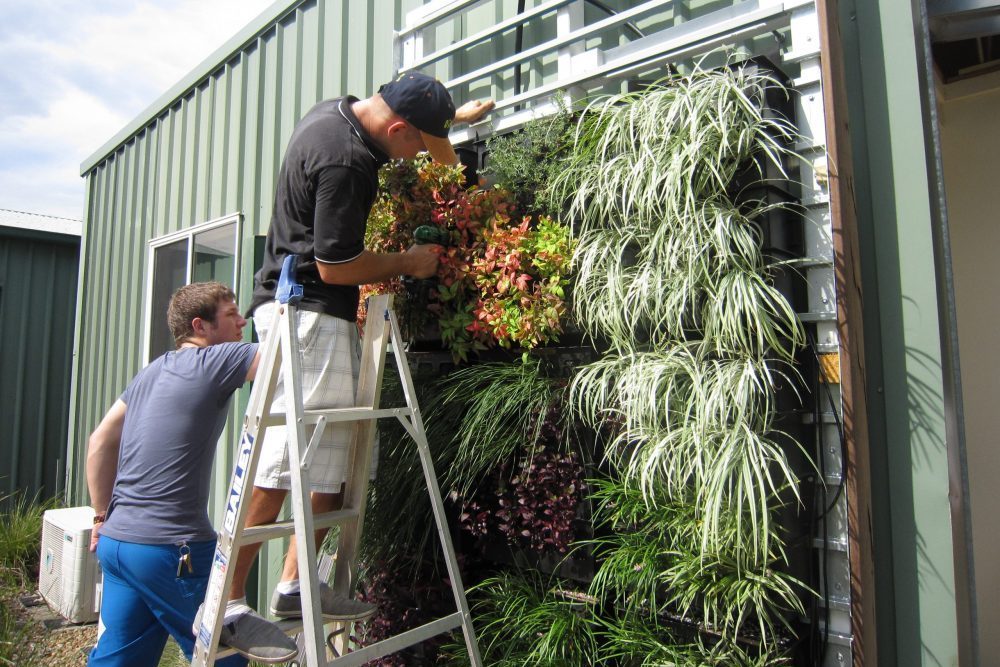 Did you know that the average Ozbreed plant undergoes 5-10 years of rigorous testing before it is released to the market?

Read on to find out why Ozbreed plants have been a staple for landscape professionals for over 20 years and are renowned for their no fuss, functional and reliable landscape plants.

There are lots of places to get inspiration from when considering a new breeding project.

Ozbreed starts by listening to our Landscape Professional Network to breed plants that aren’t just an improvement on common varieties, but that also solve a problem.

Whether is be hedges for shrinking backyard sizes, groundcovers to control weeds, strappy leaf plants that can survive the neglect of life on the roadside or native grasses that can hold hillsides together, Ozbreed plants are bred for a purpose.

New products are put to the test at the Ozbreed Clarendon Testing Facility. Here, they push the plant to their limits to see what they can survive. Then they are tested even further with our growing partners all over the country before being commercially released.

All plants are monitored throughout the 5–10-year trials for any pests impacting them.

Many of the plants are also bred for specific disease-resistance such as phytophera resistant Lomandras including the Tropic Cascade™, Katie Belles™, Lucky Stripe™, Evergreen Baby™ and Shara™ plants.

By breeding disease-resistance plants it ensures lower maintenance requirements and reduces the need to replace plants that have died due to disease.

Soil quality has a massive impact on a plant’s chance of survival but is often low quality in real life sites.

Soils types tested for include dense clay, rich farming soil, sandy soils and even low-quality fill. These different soil types expose each plant to different conditions that can cause plant death in common varieties.

Rich farming soils also test for root rot resistance as well a nutrient overload which is more of a problem with native plants that are adapted to Australia’s nutrient poor soils.

Sandy soils determine if the plant can withstand low levels of nutrients and drought tolerance as water flows freely through sand.

Finally the low-quality fill is very variable. In order to survive this soil type, plants need to be adaptable to dry spots, wet spots, low levels of nutrients and navigating any debris present in the soil.

Plants are tested in free-draining soil without irrigation or rain for long periods. This ensures they are tough enough to survive roadside planting or landscapes without irrigation and well as water restrictions in home gardens.

The testing site also resides on a floodplain so heavy rain can soak the soil to the point where the trial plants are actually submerged!

Shara™ Lomandra is one of these plants that survived the flooding event and is still growing in the trial beds today.

Flood survival is also tested in an artificial creek bed which floods when it rains. Normally, strappy leaf plants would not survive wet feet at all, but Ozbreed plants have been bred beyond nature’s limits.

The Ozbreed Clarendon Testing Facility can test for extremes with a maximum summer temperature of 47°C and up to 70°C surface temperature in some of the test rock gardens.

Tanika® Lomandra, Cassa Blue® Dianella and Little Jess™ Dianella are a few plants that have been bred to withstand such extreme heat conditions.

The testing facility also tests plants against extreme cold, with temperatures dropping to -5°C in winter.

Plants endure these extremes to ensure they can survive frost and anything else that Australian weather can throw at them.

By breeding plants that can survive temperature extremes it assures their survival in the landscape.

Ozbreed tests on their Clarendon Testing Facility as well as all over the country so they can say with confidence that their heat tolerant plants won’t wilt or burn next to hot pavements and their cold tolerant plants can survive the chilliest winter frosts and even snow.

Ozbreed plants are bred to have consistent form, with multiple plants being tested at once to ensure that all characteristics are uniform, including height, habit and hardiness.

All of Ozbreed’s plants are grown from clones using splitting, cutting and tissue culture methods to avoid the unreliability of seed which can have variable traits.

This means that you know what you are getting when you buy an Ozbreed plant. This is especially important for mass planting jobs, ensuring a consistent and visually pleasing look rather than patchy or uneven groupings.

For example, Just Right® Liriope was specifically bred to ensure uniformity in height and colour which makes it perfect for mass planting.

Ozbreed understands that within the landscaping industry as well as in home gardens, maintenance is not always as it should be.

Often plants aren’t perfectly pruned and get left to their own devices once planted. Ozbreed tests the impacts of different maintenance levels on overall habit including pruning, removal of spent flowers and dead leaves, fertilising and weed control or lack thereof.

Every plant has a detailed care outline including best practice and absolute limits that plants can tolerate in the landscape.

Plants are also bred to be lower maintenance by being self-cleaning or needing less trimming to remain bushy.

For example, Mundi™ Westringia is a low growing shrub that when left unpruned sprawls elegantly as a groundcover, however it can also be pruned into shapes for architectural effect.

Often buildings or other obstructions can create difficult shady spots which common form plants find hard to thrive in.

Ozbreed tests the ability of their plants to tolerate different levels of shade long term to ensure the information is available to choose the right plant for the right place.

This includes testing on site under shade netting but also in the real world such as between buildings.

It was found that Tasred®, Emerald Arch® and Blaze™ Dianellas all thrived in heavy shade alongside Katie Belles™ and Tropic Cascade™ Lomandras.

Ozbreed selects plants that are less invasive by breeding for low to no seed set, non-flowering varieties and clumping rather than spreading varieties.

For example Dietes are often avoided due to their spreading tendencies despite being a gorgeous hardy plant with spectacular floral displays.

Ozbreed’s Fine Divine™ and Grand Star™ Dietes both have greatly reduced seed set to the common varieties, maker them a safer choice for planting.

Going above and beyond, Ozbreed also conducts trials to see their plants potential for special purposes. Some recent trials include testing of plants for use in green walls, green roofs, playgrounds, swales, rain gardens and erosion control.

They also test for special conditions such as salt tolerance and fire-retardant abilities. For example, Tanika® Lomandra was found to be a safe option for fall zones in playgrounds as well as having the ability to survive when planted in playground mulch.

We Don’t Guess, We Test

Once the new plant is thoroughly tested at the Clarendon Testing Facility, they are then tested again Australia-wide through Ozbreed’s growing partners before being commercially released.

From humid tropical weather in Queensland to freezing nights in Tasmania, it is known with certainty which plants will thrive and which won’t survive.

When you choose an Ozbreed plant, you are backed by over 20 years of breeding experience and an average of 5-10 years of thorough testing on each plant. When Ozbreed says “we don’t guess, we test”, they certainly mean it!

Bianca has worked in marketing in the horticulture industry for 5 years. She is passionate about creating greener spaces and the environmental applications of plants. In 2020, she graduated from Western Sydney University with a Bachelor of Business (Advanced Business Leadership) Majoring in Marketing.

Shara™ Lomandra fluviatilis ‘ABU7’ PBR continues to prove its toughness and versatility. As you might already know our…