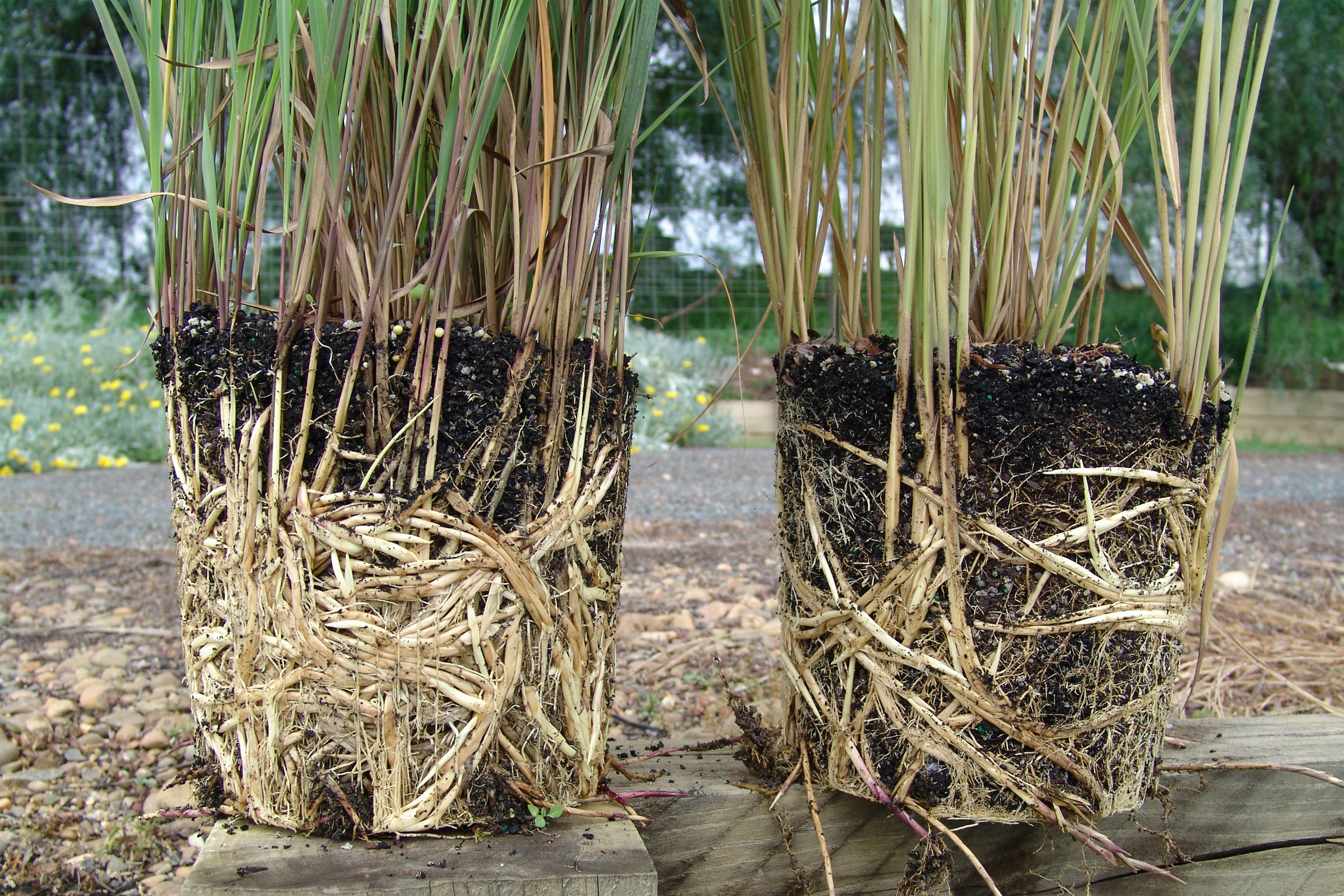 In research conducted by Todd Layt and Ian Paananen, Ozbreed set out to discover the best erosion control plants.

This ongoing study started in 2007 and is being updated constantly as new varieties are tested for their erosion control qualities.

It was found that the best plants for erosion control were Strappy Leaf Plants such as Lomandra, Dianella, Dietes and Agapanthus or Native Grasses like Pennisetum. This is likely due to their extensive root systems, which helps to strengthen the soil.

Ten large sample pots of each variety were grown and tested with a Shear Vane tester, as were samples grown in two different gardens. 29 shear vane tests were taken for each variety from the pots. The results showed all plants strengthened the soil compared to the control samples of unvegetated potting mix and soil. Increases in soil shear strength were analysed using an ANOVA test. Any variety that showed a 95% or more increase in shear strength was found to be significantly different to the unvegetated samples.

King Alfred® Dianella strengthened the soil 752%, and in this test had an undrained shear strength of 70 kPa, compared to unvegetated soil of 9 kPa. Many other varieties however, still strengthen the soil greatly. Katrinus Deluxe, a Lomandra longifolia, strengthened the soil by 366%. Some plants that are widely used in the USA and Australia, such as Liriope Evergreen Giant had much lower readings, only strengthening the soil a statistically significant 100%.

Varieties improved through breeding all strengthen the soil considerably more than their corresponding common varieties, providing evidence that plant breeding can lead to plants better suited to strengthening soil.

We Don’t Guess, We Test

When you choose an Ozbreed plant, you are backed by over 20 years of breeding experience and an average of 5-10 years of thorough testing on each plant.

If you want to read more about this study, you can download the full research article below.